The 30 Millions d’Amis Foundation (a registered charity) fights on many fronts to defend and protect animals, as well as to educate younger generations to respect all forms of life.

Unique in France by the scope of its action and capacity to enhance public awareness in favour of animal welfare the Foundation is a key player in the world of animal protection.

Our struggles include actions against animal testing, the fur industry, bull fighting or wild animals in circuses, cruel battery farming etc...
As a preferred expert partner for public authorities, the 30 Millions d’Amis Foundation also helps to change legislation in favour of animals.

Its action is not restricted to France, but also extends all over the world with added support and strength provided by a massive and highly-mobilised community, which is very active on social media.

Pet abandonment: an emotional campaign in 2016

He will never abandon you ! #DONOTABANDON

Every summer, more than 60 000 animals are abandoned in France. That’s why the 30 Millions d’Amis Foundation launches a yearly campaign each summer to stop people from abandoning their pets before their upcoming vacations.

In 2016, the Foundation has chosen to launch an emotional film on television, cinema, internet and social media. This video shoes the paradox between the cowardice of some human beings who are able to abandon their pets and the total loyalty of animals.

The 30 Millions d’Amis Foundation supports more than 250 shelters throughout France. This help is vital to keep the animals safe, fed and cared for until new loving homes are found for them. But our work isn’t possible without your help. Donations are the only way we can finance our actions.

You can help us to rescue animals and protect them from harm and cruelty with your donation. Please donate now. 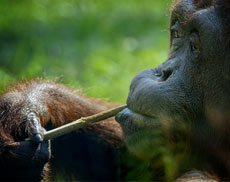